Terrence Guolee is a member of the firm's Board of Directors and has successfully represented defendants, plaintiffs, and

insurance carriers in hundreds of complex, multi-million dollar claims covering a wide area of facts and law, in state and federal courts across the country.

Prior to joining Querrey & Harrow in 2002, Mr. Guolee was an associate at another law firm for 8 years and an Assistant Director and Counsel to The Hartford Financial Services Group, Inc. for 4 years. In this national claims management position, Mr. Guolee managed this major carrier's claims systems and trained regional claims office management and employees on proper claims handling and review of attorney billing. Mr. Guolee also worked on the drafting of the carrier’s case management and attorney billing guidelines, worked on the design of the carrier’s electronic billing submission and review systems, served as a liaison to several defense bar groups, and worked with local counsel and legislative lobbying units in representing the carrier and the insurance industry’s interests in connection with pending legislation in several states.

Mr. Guolee is the Chairman of the Board for the Skokie Performing Arts Commission, which oversees the operations of the North Shore Center for the Performing Arts, which hosts the Northlight Theater, the Skokie Valley Symphony, and various other arts performances throughout the year.

Mr. Guolee is also a leader of the Midwest I-child/Namaste' Heritage Camp (http://www.mwihc.org), a volunteer group that provides heritage training, counseling, and social events for adoptive parents and their children from India and several other countries.

Mr. Guolee has also served as an elected member of a local school board, coached and managed several youth soccer teams over the past 10+ years, and serves as a U.S. Soccer Association licensed referee for several competitive leagues all over Chicago's NorthShore. He also regularly writes and speaks on various aspects of the law and litigation practice.

US District Court for the Southern District of Illinois

Managed a very successful civil rights defense program for the Chicago Police Department in several claims of excessive force and false arrest (over 100 cases). Majority of cases completed with defense verdicts at trial or dismissed on defense motions.

Obtained dismissal of all whistleblower claims raised by employees of the Cook County Juvenile Temporary Detention Center in federal district court action. Claims included allegations of corruption, abuse of overtime, and misappropriation of funding, as well as claims of systematic abuse of detainees over more than a decade-long period. All claims were dismissed with prejudice.

Successfully defended client, a security contractor, in 10 consolidated cases following the collapse of a 100’ scaffold from the 42nd floor of the John Hancock Center.

Prosecuted birth malpractice case where a $2.55 Million verdict was obtained for the client against a hospital, doctors, and nurses following 9-week trial.

Obtained summary judgment and dismissal of all product liability and negligence claims levied against a steel product manufacturer following the collapse of a suspended work stage at the Chicago "Deep Tunnel" project.

Prosecuted a national insurance carrier’s claims against a third-party administrator asserting failure by the administrator to properly handle the carrier’s entire book of New York state auto claims over a several-year period.

Obtained dismissal of all product liability and wrongful death claims against an electronic component part manufacturer in a case where a golf cart allegedly started on its own due to a failure in the electronic ignition of the cart, leading to the cart pinning and killing a golfer. The case potentially involved lost wage claims in the $10 million+ range.

Defended a child psychiatrist in a massive case involving alleged improper hospitalization and treatment of a mother and two young children over several years. The case was at the forefront of the national debate about Multiple Personality Disorder (Dissociative Identity Disorder) and repressed memory diagnosis and was prominently covered by several local and national media outlets.

Obtained summary judgment and dismissal of all civil rights class action claims against a municipal sheriff’s office asserting a pattern and practice of the use of excessive force on detainees and failure to provide medical care.

Successfully defended a school board against claims arising from a gang killing in a high school.

Obtained summary judgment in favor of a private security company in a case where the company was sued after one of their employee's handguns was used to murder two people.

Successfully defended a school board in a wrongful death claim involving a 4-year-old girl. The case involved claims that the accident was caused by the school’s alleged negligence in allowing children to cross a busy street to access the school through a broken area of fencing on school grounds.

Defended municipality in claims following a police shooting of targets in a multi-jurisdictional undercover drug sting, resulting in the filing of federal wrongful death and civil rights claims. The case proceeded against other municipalities with judgments for plaintiffs in excess of a half-million dollars.

Successfully defended a family in a case alleging defamation, false imprisonment, malicious prosecution, and other claims following the prosecution of a minor for alleged sexual abuse of children.

Defended a trucking company in a claim involving the deaths of two workers who were allegedly overcome by toxic fumes remaining in the tanker truck they were cleaning.

Briefed an appeal of a federal lawsuit involving claims of political retaliation against the Mayor of a Chicago suburb through to the United States Supreme Court.

Obtained dismissal of all claims raised against a towing company in a case involving catastrophic injuries to three plaintiffs. One plaintiff was paralyzed, one suffered brain injuries, and the third was killed in the accident that occurred while the client stopped traffic to attend to another vehicle.

Represented a plaintiff in a case where a vehicle was “impaled” by a defective guardrail and the passenger client was knocked through the back window of a minivan. Settled with driver for policy limits and sued corporations involved in the design and construction of the roadway, as well as the local municipality involved in approving the project and overseeing construction.

Obtained summary judgment orders for an electric utility in two consolidated cases involving electrocution death to one contractor employee and severe burning and brain damage to the contractor’s apprentice. The case involved a U.S. Department of Labor criminal prosecution of the contractor.

QUED IN - The Smell of Marijuana Does Not Constitute an Exigency 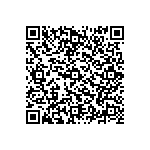