Mr. Johnston has an extensive and varied trial practice in civil litigation. He concentrates his practice in injury litigation involving premises liability, insurance fraud investigations, automobile, trucking, construction and real estate matters. Mr. Johnston is admitted to practice in Illinois and before the Federal District Courts for Northern Illinois and Eastern Wisconsin. He has tried cases to verdict in Law and Chancery, in state court in Cook, Lake, Grundy, Kankakee, Dupage and Will counties in Illinois as well as in Federal District Court for the Northern District of Illinois. During his 36 years of practice, he has tried more than 75 cases to jury verdict. Mr. Johnston recently has been recognized by his peers and named as a Leading Lawyer.

Defending businesses, individuals and their insurers from fraudulent bodily injury and property claims is a particular focus of Mr. Johnston’s practice. In addition to regularly assisting in the investigation of fire and theft claims, Mr. Johnston advises clients on medical fraud, insurance coverage and “staged” and “caused” accident situations. As part of his insurance fraud practice, Mr. Johnston investigates and defends uninsured and underinsured motorist claims.

Mr. Johnston is sought-after on a regular basis as an arbitrator in first party insurance claims. He is AV® Preeminent™ Peer Review Rated by Martindale-Hubbell.

Successfully defended an apartment building owner, sued following the sexual assault and murder of a tenant by a worker in the building. The suit accused the building owner of negligent hiring and supervision of the worker. The jury awarded a $6.3 million verdict against the worker only and found Mr. Johnston's client not liable.

Successfully defended an apartment building owner from a claim for fatal injuries due to a fall in an interior stairway. Plaintiff, decedent's estate, asked the jury for $3 million. The jury returned a verdict in favor of the defendant.

Obtained summary judgment for a defendant, medical practice from allegations that due to the provision of an allegedly defective wheelchair the plaintiff fell and suffered serious spinal injuries resulting in serial cervical fusion surgeries.

Obtained summary judgment for a landowner in Kankakee County against allegations that he was guilty of providing substantial assistance and encouragement to the co-defendant who was drinking on his property and later caused a fatal collision.

Successfully defended an apartment building owner in a wrongful death claim where the 30-year-old decedent left surviving two young children. Using the testimony of expert toxicologist and biomechanical engineer the defense successfully contended that the decedent, whose body was found in a gangway near by the defendants apartment building, and just below a handrail that was substandard under the Chicago Municipal Code, could have fallen and sustained his fatal injuries due to causes other than the substandard handrail.

Obtained a not guilty verdict for a 54-year-old orchestra leader who was sued by an 85-year-old after an altercation (over handicapped parking space) resulted in the plaintiff suffering a fractured hip and sustaining over $90,000 in medical bills. The defense successfully argued that the altercation was instigated by the plaintiff and that the defendant was acting with reasonable force to defend himself. 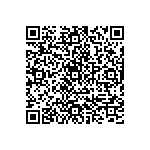