Brandon Lemley concentrates his practice in civil rights defense, municipal liability, defense of employment suits, and appeals. Mr. Lemley has handled cases through all stages of litigation and trial, including appeals before both the Seventh Circuit Court of Appeals and the Illinois Appellate and Supreme Courts. He places a particular emphasis on the value of written brief, obtaining the dismissal and summary judgment in countless cases. Mr. Lemley brings a unique perspective to his practice, having previously worked behind the bench as a Federal Judicial Law Clerk to Judge Roger B. Cosbey of the United States District Court for the Northern District of Indiana.

US District Court for the Northern District of Indiana

Obtained summary judgment of a federal class action lawsuit seeking in excess of $7 million in compensatory and injunctive relief against a suburban municipality based on the Equal Protection clause of the United States Constitution. The class of residents in a subdivision claimed that the municipality violated their civil rights in not extending its water system to protect them from the threat of fire caused by an allegedly inadequate water system operated by a private water company.

Obtained dismissal of a False Claims Act and Illinois Whistleblower Reward and Protection Act case on behalf of a governmental entity. These statutes prohibit recipients of federal or state monies from defrauding the government, and allow an individual to bring suit on behalf of the government. The court concluded that the plaintiff had failed to plead a claim.

Obtained dismissal of multi-million dollar suit against suburban municipality and police officers alleging the failure to prevent a double homicide.

Illinois Court Limits Use Of "Entitlement Exclusion" In Insurance Policy

When Disgruntled Employees Attack: The Computer Fraud and Abuse Act and the Problem of Authorized Access

Are Municipalities and Police Immune for Failure to Respond? - Fall 2006

When are Demolition Blunders Intentional? - Summer 2006 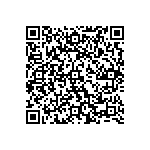