Mr. Marks is a Director of the Boothroyd Foundation, a privately funded foundation dedicated to support local charities, educational institutions, and civic organizations.

US District Court for the Northern District of Illinois, including Federal Trial Bar

US District Court for the Southern District of Indiana

Dennis A. Marks has recently been appointed as Chairman of the Legal Advisory Subcommittee of Catholic Charities' Board of Advisors. He was a member of both Cardinal Bernadin's and Cardinal George's Archdiocesan Council for the Archdiocese of Chicago from 1995 to 2002. In 2001 and 2002, he served as Chairman of this Council. He continuously served as Co-chair of "Leadership Day" for the Archdiocese of Chicago from 1999 to 2010. Mr. Marks has been guest principal of Chicago's Patrick Henry School in the Chicago Board of Education "Principal for a Day" program each year from 1998 to 2005.

He is also a Director of the Boothroyd Foundation, a privately funded foundation dedicated to support local charities, educational institutions, and civic organizations.

Fakhouri v. Taylor, et al.,  618 N.E.2d 518, 248 Ill.App.3d 328, 187 Ill.Dec. 927, Nos. 1-91-3641, 1-92-1416. Appellate Court of Illinois, First District, First Division.  Wrongful death action brought against pharmacists who filled prescriptions on which customer allegedly overdosed.  The Circuit Court of Cook County granted pharmacists' motions to dismiss, and appeal was taken.  The Appellate Court held that pharmacists did not have duty to warn customer of prescribed dosages of medication allegedly in excess of manufacturer's recommended limits where pharmacists did nothing more than fill prescriptions as ordered by physician. 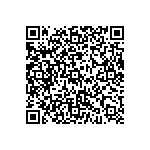