Brianne Scott is an associate in Querrey & Harrow’s Chicago office and concentrates her practice in civil litigation, including auto accident defense, premises liability, common carrier, private carrier, and fraud investigation. She is licensed in Illinois and Indiana. Prior to joining Querrey & Harrow, Ms. Scott worked at other well-known insurance defense firms in the city where she became familiar with all phases of litigation.

Ms. Scott received her law degree from California Western School of law in San Diego. As part of her legal education, she successfully completed a legal externship at a prominent insurance defense firm in Indianapolis. During law school, she worked as a law clerk in criminal and civil litigation settings.

Prior to obtaining her law degree, Ms. Scott attended the University of Hawaii at Manoa and graduated with a Bachelor of Arts in English. During her undergraduate education, she also volunteered with the Key Volunteer Network, an official United States Marine Corps family readiness program.

U.S. District Court for the Northern District of Indiana, 2009

U.S. District Court for the Southern District of Indiana, 2009 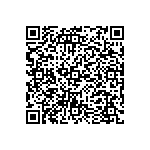