Mr. Lewin is Chair of Querrey & Harrow’s Condominium Law Practice Group. He concentrates his practice in insurance coverage, condominium law and construction litigation. He has spoken on construction insurance coverage and risk-shifting to groups ranging from the American Society of Safety Engineers (at its national convention in Las Vegas) to local groups including the Chicago Park District’s risk management team and Leopardo Construction’s project management and safety teams.

In addition to his insurance coverage work, he represents condominium associations in matters including interpretation of the declarations, management issues, and in working with contractors on renovation projects. Unlike many in the condominium law field, he has extensive experience in contract negotiation and risk management.

He is an experienced appellate lawyer, with success in both the Seventh Circuit and the Illinois First District.

He is a long time member of the Illinois Association of Defense Trial Counsel. He previously served as the Chair of the Insurance Coverage Committee. In 2008, the IDC awarded him the President's Commendation.

In 2014, he was appointed to the Board of Directors of the Streeterville Organization of Area Residents (SOAR), which is one of the largest community organizations in Chicago. He also chairs the Park Task Force for that organization.

“Insurance Coverage for Construction Damage”, Seminar titled “Everything a Construction Player Should Know about Insurance in Illinois, Chicago, IL, January 29, 2013

NEWS: So That's What "Separation of Insureds" Means

“There Are Ruts on Construction Sites? Who Would Have Guessed?," Illinois Association of Defense Trial Counsel Tort Law Newsletter, Volume 12, Number 16, November, 2011. 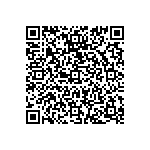