Mr. Callicoat is a regular contributor to the newsletter "Construction Law Quarterly," and a frequent speaker at seminars on mechanics liens and construction law. He is active in the Chicago Building Congress and serves on its Future Leaders Committee. Mr. Callicoat assists in maintaining Querrey & Harrow’s status as an accredited Continuing Legal Education Provider. He has previous litigation experience in the areas of premises liability and insurance coverage.

While in law school, Mr. Callicoat served as a volunteer mediator for the Center for Conflict Resolution and completed the Chicago-Kent Litigation and Alternative Dispute Resolution Certificate Program. He also has professional experience as a city government reporter for the Kansas City Star, and as a courts and police reporter for the South Bend (IN) Tribune.

US District Court for the Northern District of Illinois, 2006

Contractors Owed No Duty To Defend Developer For Alleged Fraud

NEWS: $1.7 Million Settlement for Junk Faxes May be Covered by Insurance

NEWS: Intrusion Upon Seclusion ... What?

Municipal Law Update: Forest Preserve District May Be Held Liable To Motorist Who Was Not Intended Or Permitted User of Its Property, In Spit of Tort Immunity Act

Case Dismissed Because Complaint Not Given To Public Agency 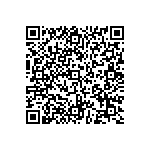